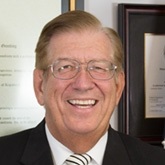 Roy is committed to educating people regarding their options to properly structure and manage their financial resources. As president of Strong Retirement Income Solutions in Indianapolis, Indiana, Roy uses his Thirty years of experience to counsel individuals and corporations on socially responsible ways to accumulate conserve and transfer wealth. Those whom he has worked with consider him to be a committed, perceptive, and caring and a visionary. He has exceptional insight and understanding for business people and retirees. His optimism and perseverance are strongly balances with analytical bottom- line thinking, which allows him to focus instinctively on the priorities of others. These attributes have earned him the respect and confidence of the most astute retirees and leaders in business community.

Roy holds the series 65 professional registration and Life, Health, and annuity licenses with the state of Indiana and is registered in 5 other states. Roy also holds an undergraduate degree from Purdue University and attended Clemson University for a master’s of Science degree. 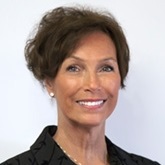 Judy has an extensive customer service background, the smiling face and kind voice often heard picking up the phone. She manages much of the bookkeeping for all the companies under Strong Retirement Income Solutions. She holds a degree from IUPUI in general accounting. She has supported her husband Roy, with his business for more than thirty years.

Judy and Roy have four children and four grandchildren. She enjoys bike riding, hiking, being outside, as well as entertaining and spending quality time with others. 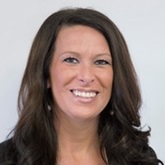 Stephanie Wagers takes complex personal and financial ideas and distills them into user-friendly visual and clearly constructed written retirement and financial plans to enhance the future of retirees and pre-retirees clients.

Stephanie joined the family firm in 2001, after attending IUPUI. She started working in client services, business development, and then acted as the company event planner for business provisions. Customer service and advisor support has always been a primary role of her duties. In 2014, Stephanie went back to school to earn the Indiana Life & Health Certification. Since then, she has studied and taken special courses to become proficient in Social Security benefits planning. Stephanie has been doing public speaking and teaching Social Security strategies at educational workshops all over Indianapolis and Hendricks County.

“As a team, we get such satisfaction working with retirees or soon to be retirees accomplishing the goals and desires the client has. This is what it is all about- helping others get where they need/want to be!”

Stephanie has been married to her high school sweetheart, Jason for 15 years. They reside in Brownsburg, and have two children. Both children are very involved in the community and local sports activities, which keep the family busy. The past several years Stephanie and family has been involved in donating time to several different causes like Mozel Sanders Foundation, Feeding the Hungry assisting with the Indy 500 parade, and a lot of local school fundraising. Stephanie enjoys spending time with family and friends, and loves the beach. 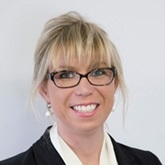 Sarah joined StrongRetirement Income Solutions in 2004. She started working at the firm as the onsite technology manager, handling online client accounts. Sarah finished her schooling studying abroad in the Dominican Republic. She attended Ivy Tech to earn a business degree and in 2013, she went back to school to earn the Indiana Life & Health Certification.

Sarah currently handles the financial reports that are provided thru our firm, and assisting clients with new account set up. Sarah has a strong belief that it is time that technology made our relationship with our more personal. Our promise is this…we will always put your interest first. We will get to know your hopes and dreams, and we will always be there for you at Strong Retirement Income Solutions, That’s what we do. We are honored to have long term relationships with our clients that often span several generations. The relationships develop from trust and our ability to be genuine in our communication so that clients hear what they need to hear and understand how we can provide value. Many people need to have a game plan for retirement. We’ll tailor-make a Retirement Plan to fit you.

Sarah enjoys spending time outside, at the beach, shopping, or roller blading. The best part is she can take her Rottweiler Sofia, with her to all of those places!